Sepsis can be caused by any serious infection that leads to multi-organ dysfunction. Diseases that most commonly lead to sepsis infection are pneumonia, TB, HIV/AIDS, dengue, diarrheal diseases, etc. Multi organ dysfunction can lead to death if not recognized and treated early.

Every year, approximately 30 million cases of sepsis are documented. However, it is speculated that the 30 million known cases only comprise a portion of the actual incidence of sepsis each year. Recognition and documentation of sepsis cases is lacking and the exact global burden of sepsis remains unknown.

Many deaths that occur due to sepsis are attributed to the original disease. For example, if a patient succumbs to sepsis after contracting pneumonia, their cause of death will likely be recorded as pneumonia. Secondly, late mortality from sepsis contributes to its underreporting. Many sepsis infections occur after a patient is discharged from the hospital. Yet, very few patients return to seek help for their rapidly advanced infection, resulting in a mortality due to sepsis.

This underrepresentation of sepsis and lacking preparedness and recognition in the healthcare world has pushed members of organizations such as the Global Sepsis Alliance to call for help- bringing public awareness to the unacceptably high current incidence of morbidity and mortality from sepsis, asserting that something must be done.

To curb the incidence of sepsis, a multi-faceted approach is needed. This approach, according to Dr. Ron Daniels includes the following:

On the topic of advocacy, Dr. Daniels spoke of turning sepsis into a political movement of sorts, putting a face and a name to the infection and what it includes. The public must be educated on the signs and symptoms, the media must spread the word, and governments must allow for more data to be collected, support more funding for sepsis research and treatment, and use their power and platform to make sepsis a priority on both the national and international political arenas. 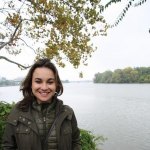 Amanda Hirsch is a summer Global Health intern for APHA. She is starting her final undergraduate year at the GWU Milken Institute School of Public Health. Her passion for global health began in rural Honduras, and she is particularly interested in disparities in healthcare systems that affect the Latino community. She intends to pursue an MPH degree with a dual concentration in Community-Oriented Primary Care and Global Health. You can follow her on Twitter at @amandahirsch12.

Find more information on OWH’s challenge here: https://www.challenge.gov/?challenge=hhs-postpartum-equity-in-care-challenge
Join the IH Student Committee this Friday (9/17) to learn more about YOUR role in international health! Copy and paste this link and fill out the form to register: https://docs.google.com/forms/d/e/1FAIpQLScV9OulQ9n3WahIc6HBbXVm8s5SwdT_r3zqWkv2ubBnxOLf9A/viewform
SAVE THE DATE!
Day 7 — Elevating the Essential & Health Workforce #NPHW
Loading Comments...
%d bloggers like this: