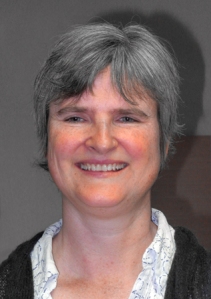 We think of cancer as a disease of affluent countries. That may have been true in the 1970s, but since then, cancer levels in developing countries have risen alarmingly. This massive rise in cancer is one reason why a UN summit in June is addressing chronic diseases, including cancer, with the aim of kickstarting the fight against these illnesses.

Some figures: 5.5 million of the nearly 8 million deaths from cancer in 2008 happened in the developing world. Back in 1970 only 15% of cancers were found in the developing world. However, by 2008, according to the World Cancer Report, more than half of cases were in developing countries. These numbers hide a burden of misery – cancers in developing countries are often detected at a late stage – too late for many treatments. These patients often don’t even have access to pain medications.

What drove this increase? The WHO Director General, in a recent address to the IAEA, cited ageing, urbanization and the globalisation of unhealthy lifestyles. Population growth has also driven the numbers up. Isn’t it ironic that improved life expectancy leads to increased cancer burdens?

Many papers can be found indicating the enormous problem that cancer is for developing countries. Given the expense of treatment is there anything that can be done to reduce the cancer burden? Fortunately there is – I read a paper in the Lancet that gives a ray of hope…

Farmer et al. say that we shouldn’t accept that cancers in developing countries will remain untreated. Instead, we should make cancer prevention and treatment broadly available as rapidly as possible. We should consider the example of HIV and TB a decade ago: critics asserted that HIV and TB treatments were too complex and long term for weak health systems. These arguments proved unfounded. Farmer et al. point out examples of successful treatment and prevention of cancer in low resource settings that we can build on.

The approach should concentrate on curable and preventable cancers. Farmer et al. have come up with a list. These cancers can be prevented by reducing risk factors such as tobacco use or infection, or they can be cured by early detection and surgery methods or specific low cost systemic drugs. It includes some very common cancers: lung cancer, breast cancer, cervical cancer and liver cancer.

Many problems posed by cancer care, including cost of drugs and lack of infrastructure and specialists, was a big obstacle for HIV, too. The solutions could be similar: Farmer et al. suggest reducing drug cost by drug purchasing and production negotiations, as well as the use of primary and secondary caregivers to deliver services. The paper cites an example of cancer care in Malawi that uses such workers with remote support from specialists.

And if there is no suitable treatment, pain control is low cost, and the paper asserts that all should have access to that as a human right.

Farmer and co-authors have formed the Global Taskforce on Expanded Access to Cancer Care and Control in Developing Countries to address cancer care worldwide. I for one hope this taskforce prospers!