You would have to live under the proverbial public health rock to have missed news of the UN’s landmark proclamation to combat antimicrobial resistance (AMR).  “Superbugs” or antimicrobial resistant bacteria, fungi, viruses, and parasites are a global health concern poised to claim many more lives.  How does AMR happen?

Among the most prescribed drugs in medicine, antibiotics are not appropriate to treat many illnesses and infections including the common cold, influenza, most sore throats, and ear infections.  According to the Centers for Disease Control and Prevention, up to half of all illnesses for which antibiotics are prescribed are not bacterial in nature and thus unresponsive to antibiotics. 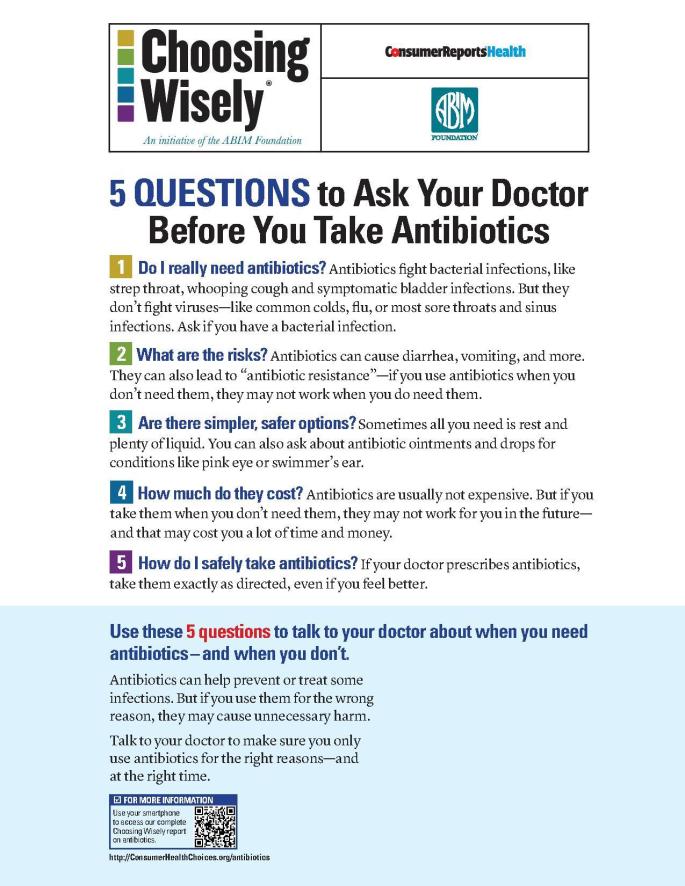 Over-prescription of antibiotics is one cause for AMR, as is our food system’s use of antibiotics for livestock to promote growth and prevent infection.  The cost associated with developing new antibiotics is prohibitive.  Unlike medication to manage chronic diseases, antibiotics are meant to be used sparingly which does not recoup the estimated $1 billion spent to develop a new drug.  As a result, the majority of leading pharmaceutical companies no longer develop new antibiotics.

Regular and timely vaccinations are integral to reducing dependency on antibiotics and thus antimicrobial resistance.  The use of vaccines has significantly decreased the prevalence of the world’s deadliest and most preventable diseases, including diphtheria and pertussis.  Even with the increased availability of vaccines, UNICEF reports that 24 million children – roughly 20% of children born each year – do not receive all vaccines recommended in the first year of life.

Europe and the United States have seen a resurgence of vaccine-preventable diseases including pertussis, better known as whooping cough.   Why are diseases we associate with our grandparents’ generation, reappearing in countries with the means to eradicate them?

After publication of a famously fraudulent report that linked routine childhood vaccinations to autism, vaccination rates plummeted in some developed countries.  Vaccine hesitancy, or delay or refusal of available vaccines, led to non-medical exemptions (NMEs) which allow parents to opt out of immunizations for religious, philosophical, or personal reasons.  Children with and without current immunizations then mingle at all the usual spots: daycare, school, and public facilities.

One of the most amazing attributes of vaccines is their ability to protect us regardless of whether we’ve been immunized.  Herd immunity, or the benefit to the community if most citizens are properly immunized, protects children too young to be immunized and those with compromised immune systems.  If the ratio of immunized individuals drops below 95%, the risk to those groups increases.

Vaccine compliance is just one way to reduce reliance on antibiotics and halt antimicrobial resistance.  Sadly, lack of access to vaccines in the developing world is the number one issue impacting compliance.  By comparison, vaccine hesitancy and NMEs fall squarely into the “First World Problems” category.

What can the United States and Europe do to increase vaccinations among constituents?  An article in the New England Journal of Medicine found that while NMEs have increased in the US, states with stricter exemption criteria had fewer NMEs.  WHO’s Europe regional office published the Guide to Tailoring Immunization Programmes (TIP) in an effort to educate parents and providers.

To see which vaccine-preventable diseases are trending in your area, check out this fabulous interactive map from the Council on Foreign Relations.

Join @first1000days on Thursday, February 4th for a virtual briefing on COVID-19 and global child malnutrition at 2pm.
Don't miss this opportunity! Register now for CORE Group Global Health Practitioner Conference 2021, this year we are focusing on Child and Adolescent Health and Well-being, including early childhood. See you online on January 27-28 #UnlockingPotential
Happy #WorldChildrensDay! On this day in 1959 the UN General Assembly adopted the Declaration of the Rights of the Child, and on November 20, 1989 that same entity adopted the Convention on the Rights of the Child.
Ahead of International Children’s Day on 20 November, you are warmly invited to the Global Online Launch of the Report “Leave No Child Behind: Invest in the Early Years” with @gce_us
Loading Comments...
Comment
×
%d bloggers like this: