More and more countries around the world are opening their arms to welcome and embrace LGBT pride. South Africa has one of the world’s more progressive constitutions which legally protects LGBT people from discrimination, although current research indicates that they continue to face discrimination and homophobia in many different facets of life. The most recent milestone occurred in 2006 when the country passed a law to recognize same-sex marriages. Nevertheless, LGBT South Africans particularly those outside of the major cities, continue to face some challenges including conservative attitudes, violence, and high rates of disease. As the country continues to grow there seems to be an increase in LGBT representation (with approximately 4,900,000 people identifying as LGBT) whether it is through activism, tourism, the media and society or support from religious groups. So, what about LGBT health education? END_OF_DOCUMENT_TOKEN_TO_BE_REPLACED 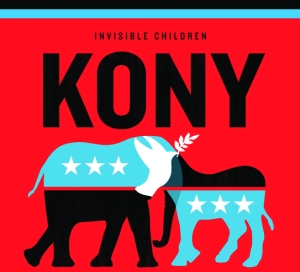 The spark of controversy has been struck again. A video released recently by Invisible Children, an activism and aid organization dedicated to fighting the destruction and chaos caused by Joseph Kony’s marauding militia, the LRA, has gone viral. In 48 hours the half-hour video saw millions of hits on YouTube and was re-tweeted, Google-plus-ed, and shared on Facebook around the world. In this video, Invisible Children summarized the conflict created by the LRA in Uganda and their practices of kidnapping children, and called on viewers to make Joseph Kony a household name in 2012. The point of the campaign, the video explains, is to raise awareness – make sure that everyone who has an internet connection knows who he is so that they can put the thumbscrews on major political decision-makers (i.e. the American Congress) to make sure that Kony is captured and the LRA is stopped.

Here is the video.


Frankly, my initial reaction when I saw its length was a “TL/DR,” but I skipped through it and got the general idea.

The response to the video has been outspoken and varied. Many politicians and leaders have praised Invisible Children for drawing attention to the issue and making it accessible and relevant to young people. Analysts and development professionals (and, notably, many Ugandan journalists and activists) have criticized them for oversimplifying the issue and potentially misleading the public. From what I have read, there are three major sticking points.

First, the video focuses on Kony’s crimes in Uganda and the children that he kidnapped there. However, Kony is no longer in Uganda, and has not been for several years; right now, he and his (greatly reduced) militia are mainly active in the border region between the DRC, South Sudan, and the Central African Republic. Detractors say that the video is misleading and may give people the impression that the war in Uganda is still going on, and that Kony is still a major player there.

Second – and this is probably the most frequent objection I have read – analysts and scholars argue that the video greatly oversimplifies the situation and makes it seem like capturing Kony will solve the region’s problems. Some argue that removing Kony will not stop the LRA.

Third, many have argued that the focus should not be on capturing Kony, but on something else. That is apparently where the agreement ends. Some say the focus should be on rebuilding northern Uganda; others complain that the Ugandan army has still not been held accountable for its own crimes in the conflict and that the spotlight should be shined on them; still others say that military intervention is not a solution and could further militarize an already unstable region.

Finally, the tried and true argument surrounding the “White Savior Complex” (also known as “Whites in Shining Armor”) has made another appearance.

IC has responded to the criticism with a follow up video:


The furor surrounding the video and the resulting backlash have largely died down at this point (though they experienced a brief revival when Jason had an embarrassing public breakdown), but I thought I would join the tail end of the chorus of unsolicited commentary, because…well because I am a blogger, and that is what we do, after all.

One of the chief complaints from both development commentators and Ugandans has been that the video misrepresents Uganda by leading viewers to believe that Kony is still kidnapping children there, even though it never explicitly says this – Jason makes his case by focusing on Kony’s past crimes in the region. Kony has not been in Uganda for several years (though the LRA is still terrorizing civilians, but this time in the DRC, South Sudan, and the Central African Republic). I can relate to this (as we have established, I am already a cynic), but it seems contradictory to argue that the public can handle complex messaging and discern facts for themselves, and then turn around and say here that millions of viewers would be so easily mislead. You can’t have it both ways.

Plus, the internet has already shown that college students and social media savvy youths that disagree with the movie’s message are ready with retorts – from Sean Bean as Boromir, for all you Lord of the Rings fans out there:

…and the irony of this Antoine Dodson meme is beyond overwhelming:

Even Adolf Hitler has a reaction to IC’s video (in the repeatedly-parodied scene from Downfall):


Here is a fabulous summary of the events surrounding the video as they unfolded and the resulting memes propagated by various social media.

Others have complained that the military contingent is just another group of “Whites in Shining Armor” riding in to fix yet another African problem. I feel compelled to point out that the military support was specifically requested by the government of the Central African Republic, and that they are there for logistical support – the CAR army still bears the responsibility of actually bringing Kony in. Also, advocates against sexual violence in the region, such as Dr. Denis Mukwege of the DRC, have been lobbying for Western intervention to stop these roving militias for years, since the local governments have been incapable of doing anything about them. Is it more chivalrous to refuse to send in “Whites in Shining Armor” when the people ask for help?

And finally, there are arguments that eliminating Kony will not get rid of the LRA. Frankly, I disagree. The LRA is a shadow of what it once was and is largely a personality cult surrounding Kony. LRA soldiers definitely need treatment and programs to re-integrate them into society, but bringing Kony in will do a huge amount to get that process going, in my opinion.

Honestly, it baffles me that more people have not seen the point of the video. Invisible Children’s primary purpose – at least here in the U.S. – is to raise awareness and motivate people to action. The organization started specifically to draw attention to the abduction of children for use as child soldiers. They are not focused on long-term development and sustainable programs, so it doesn’t make sense to use that lens to assess them. It makes logical sense for them to present a situation like this simply and to use emotional pleas to move people to action; political and legislative campaigns do the same thing. The U.S. is entering an era of fiscal austerity, where Congress is trying to cut costs anywhere it can. Add that on top of the fact that this is an election year. Nothing is sacred. Budgets are being slashed. And the only way to ensure continued support – and continued funding – for a contingent of soldiers to help catch an African warlord is to get people outraged enough to call their Congressional representatives.

Find more information on OWH’s challenge here: https://www.challenge.gov/?challenge=hhs-postpartum-equity-in-care-challenge
Join the IH Student Committee this Friday (9/17) to learn more about YOUR role in international health! Copy and paste this link and fill out the form to register: https://docs.google.com/forms/d/e/1FAIpQLScV9OulQ9n3WahIc6HBbXVm8s5SwdT_r3zqWkv2ubBnxOLf9A/viewform
SAVE THE DATE!
Day 7 — Elevating the Essential & Health Workforce #NPHW
Loading Comments...
%d bloggers like this: