Environmental health issues are present in our everyday lives, and I am committed to improving the environment in which we live, globally. Most recently, I realized that in order to make a difference on environmental issues, all I need are simple tools. This realization inspired me to become involved with APHA’s International Health Student Committee (IHSC). In this committee, I can promote and increase awareness about important international health issues including, environmental health, among students interested in the field. To accomplish these goals, I use tools such as advertising and blog-writing. I help design flyers to advertise IHSC’s initiatives, some of which include educating students on how to address environmental health issues through our CareerTalk series. I am writing this blog to encourage you to attend our upcoming webinar! END_OF_DOCUMENT_TOKEN_TO_BE_REPLACED 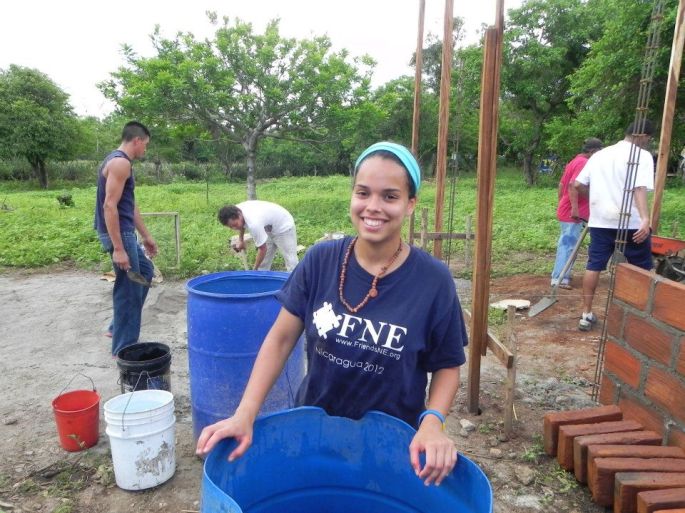 Leaving your comfort zone is one of the hardest, yet most rewarding experiences you can have. It was for me. During my undergraduate years, I spent three consecutive semesters studying abroad in Spain and Chile fulfilling my Spanish & Latin American Literature and Culture major. I realized the importance of expanding my horizons, gaining a multicultural perspective of the world and becoming more culturally competent. As a public health graduate student, my travels to Latin America took a global health perspective. My mind was once again exposed to another side of the world that we often miss while secluded in our comfort zones. In Central and South America, I volunteered on heath initiatives and sustainable development projects, and conducted research. I witnessed numerous global health disparities including lack of sanitation, children living in homes made with plastic walls and dirt floors, and physicians striving to provide quality reproductive care to low-income, immigrant women at a family planning clinic with scarce resources.

My ultimate goal is to become a primary care physician to help reduce health disparities globally. Going abroad was one step towards that goal.

END_OF_DOCUMENT_TOKEN_TO_BE_REPLACED

The Guardian recently posted an interview with Kenyan writer Binyavanga Wainaina. You may know his name from the popular satirical essay “How to Write About Africa” or his commentary on the new laws in Nigeria and Uganda targeting LGBTI groups, but if you’re unfamiliar, he’s an opinionated, outspoken, and often controversial figure (especially when it comes to development in Africa).

In the interview, Wainaina speaks about stereotypes in development and the failure to align aid with the reality of Africa. He talks about the imbalanced, unsustainable power relationships between the West, African governments, and civil society. He calls for a restructuring of these relationships, and says it must come from Africans. I’d like to hear more about his ideas on exactly what it takes for Africans to shift power in an effective way, but he didn’t go into details in this interview. Also, according to Wainaina, it’s within the political sphere that change can happen and because civil society has “become anti-politics,” it’s missing the mark.

His blunt criticisms and his definition of the word community – someone utterly powerless upon which power is being imposed – made me laugh. If you work in development I’m sure you’ll agree that there’s some truth to everything he said, but as with most generalizations, they don’t apply to all aid, civil society organizations, or African governments. I can think of many counterexamples.

As most of you probably know, last week the Gates Foundation released their Annual Letter addressing three myths that Bill and Melinda Gates believe are blocking progress for poor people all over the world. Previous letters focused on the Foundation’s annual activities, so it’s quite a change that this year’s letter cites examples and data from around the world to disprove the following:

Overall the letter is a very optimistic one, painting a bright picture of the future for the world’s poor and sick. It includes a combination of videos, infographics, and a lot of quotables which I’m sure we’ll see in other places. If you haven’t had a chance to read through it yet, I encourage you to take some time to do so. It’s worth it.

In terms of global health and development, it’s easy for us to lose perspective on how much progress is actually being achieved and for that reason I can appreciate the optimism in the letter. However, I see the letter as more of a cautionary piece or call to action, warning people against believing all the “bad” development news in the media. I don’t think it will truly dispel any of these myths, but it’s done a good job of raising interesting questions, starting conversations, causing controversy, and spurring critical discussions around the three myths and their related topics. In fact, the letter has resulted in a lot of global health professionals and others sharing their opinions online so join the conversation by reading the letter, watching the series of short videos here, and posting your reactions and comments below.

Side note 1: For those who are interested, Bill Gates went on Late Night with Jimmy Kimmel last week to talk about the letter.

Side note 2: Bill Nye the Science Guy is featured in one of the videos that focuses specifically on global health and child mortality and two members of the cast of the MythBusters TV show are featured in another video.

Systems Thinking for Capacity in Health (ST4C Health) recently released a video in an attempt to start a revolution in global health. Dr. Chad Swanson narrates the video and begins with a personal story about his mission to Mozambique 12 years ago to understand “how people suffer and die on a personal level.” From his experiences on the trip, he concluded:

On their website, ST4C Health defines systems thinking as “a novel, transformational way of thinking about and approaching health […] based on the idea that when all stakeholders and their interactions are considered as a whole, we can better understand health problems than we can when only viewing each part in isolation. Such an approach means that we must consider economic, political, and social factors – factors that might seem unrelated to health. Also, since health challenges are complex, and solutions differ depending on time and place, we cannot impose a top-down plan of action and expect predictable, positive results all the time.”

I don’t believe systems thinking is a novel idea. Rather, I believe this idea is generally understood and accepted in the global health field, however it’s definitely challenging to turn it into action. It’s much easier to focus solely on one disease or population at time. In fact, that’s how funding is distributed.

With limitations on time, human resources, finances and more, how can we stay focused on the big picture and supplement our current siloed efforts? What do you think it will take to make this revolution a reality?

There was an error retrieving images from Instagram. An attempt will be remade in a few minutes.