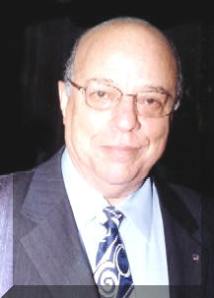 In 1994, after the Republicans paralyzed the Clinton health reform proposal, I published an article in the Florida Journal of Public Health titled “Reforming health care in the US and Europe: Why we fail and they succeed.” It explained why health reforms succeed in other Western countries with policies of universal access and user-friendly systems. In our case, the Republicans sacrificed health security of all citizens to play the political game of “Repeal the Obama Affordable Health Care Act,” responding to lobbyists and funding from interest groups. Members of Congress who voted to repeal the law come from the same category of irresponsible politicians who represent special interests that opposed Social Security, Medicare and Medicaid for short political gains.

To review where we are, the American health care non-system:

These are just few features of our system that some falsely call “the best system in the world.” By technical and scientific standards, this system is ranked 37th among the 190 countries in the world. Life expectancy at birth, 78 years in the US, is among the lowest of industrial countries. Seven out of 1,000 American children die before their first birthday, a figure similar to that of Thailand and Lithuania. While many are proud of our rate of high-tech surgical procedures, research has demonstrated that about 20% of these procedures are unnecessary and are financially driven or performed to avoid litigation. The scientific measures of quality of care indicate that the American system is, at best, comparable to most Western countries.

Many opponents of the reforms cite concerns such as mandating insurance coverage or government involvement. However, health insurance is compulsory in most developed nations to avoid the costs incurred by individuals who do not pay for coverage and go to emergency rooms for care, shifting the cost to the insured. Also, the notion that the public option will increase government’s involvement in health care is false: about 45% of Americans’ health care costs are covered by governmental programs, including Medicare, Medicaid, Veterans health services, and state and local government services. Another allegation is the cost and the deficit, but this does not take into account the savings for individuals and families from reducing out-of pocket costs, as well as the cost to employers, who will either pay more or will lower health benefits or shift the cost to the employees. Others intentionally confuse the debate by bringing in political ideology or simply targeting the President and the Democratic party. This irresponsible act will hurt all Americans in the future.

It is essential at this time to focus the debate on the health system. To those fighting for repeal, please come with the alternatives first. What will happen to the escalating number of citizens who are uninsured, and those who have preexisting conditions, and the skyrocketing health care cost?

Let us play politics away from the nation’s health security.

One thought on “Politicizing our National Health Security”